One of several Amur Maples in Westmout Park.

“Native Americans used the sap of wild trees to make sugar, as medicine, and in bread. They used the wood to make baskets and furniture. An infusion of bark removed from the south side of the tree is used by the Mohegan for cough medicine.” 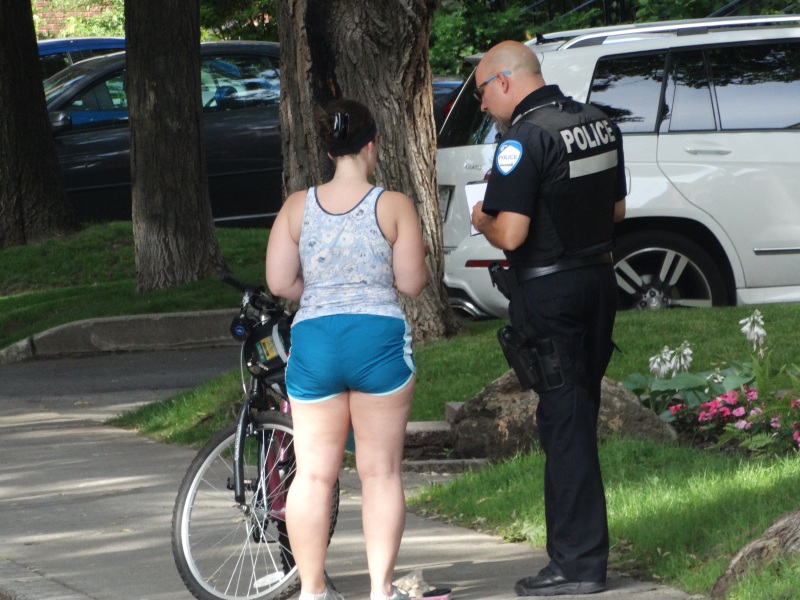 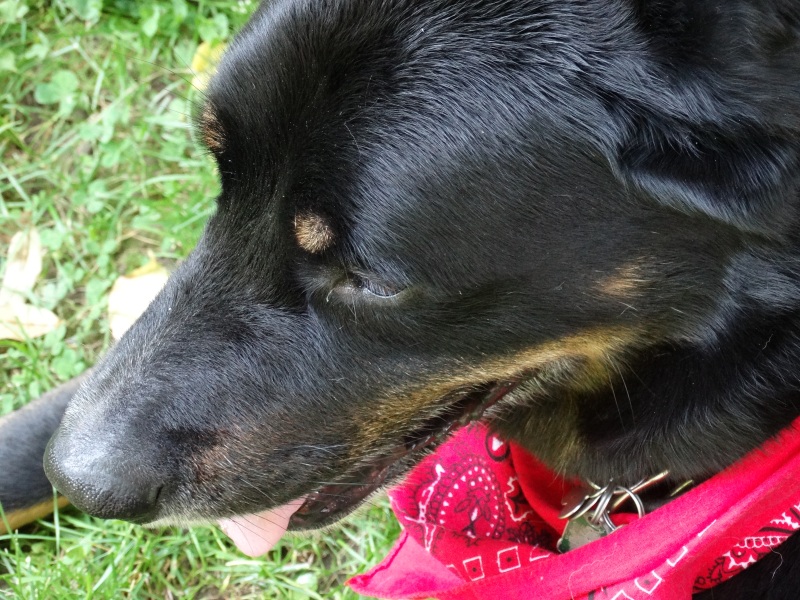 Cooling off on the grass after a long, very warm, afternoon taking photographs. 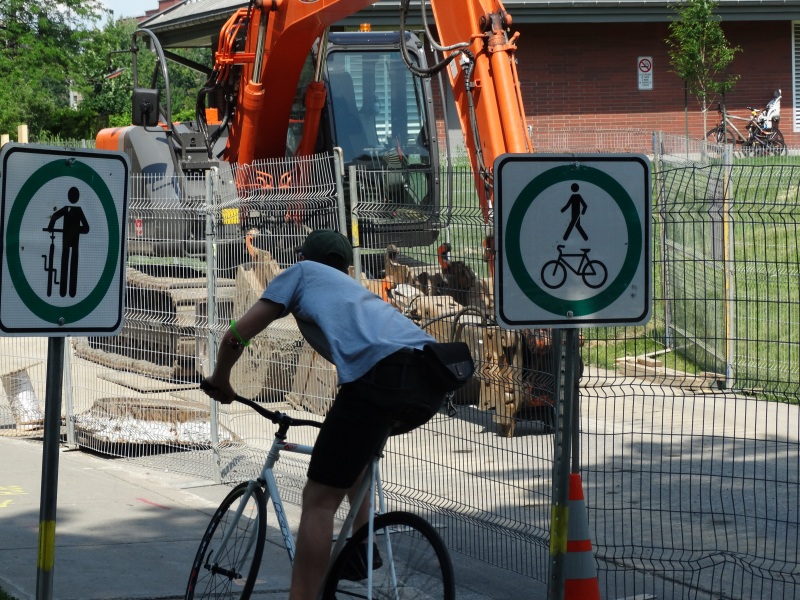 If I am not mistaken, the signs indicate (for good reason) walking your bicycle. 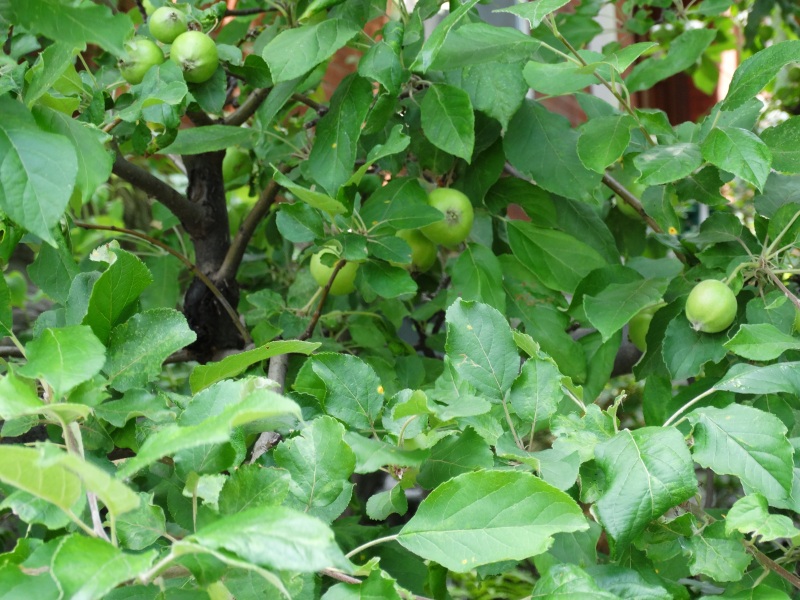 An apple tree on Lansdowne Avenue. I recall, years ago, the property owners posting a sign warning of “Poisonous Apples” near this tree.

I suspect, as children, they never learned to share.

A croquet game at Westmount Park. Interesting to see the game still being played.

“Regardless when and by what route it reached England and the British colonies in its recognizable form, croquet is, like pall mall, trucco, jeu de mail and kolven, clearly a derivative of ground billiards, which was popular in Western Europe back to at least the 14th century, with roots in classical antiquity.

Croquet became highly popular as a social pastime in England during the 1860s; by 1867, Jaques had printed 65,000 copies of his Laws and Regulations of the game. It quickly spread to other Anglophone countries, including Australia, Canada, New Zealand, South Africa, and the United States.

No doubt one of the attractions was that the game could be played by both sexes; this also ensured a certain amount of adverse comment.” 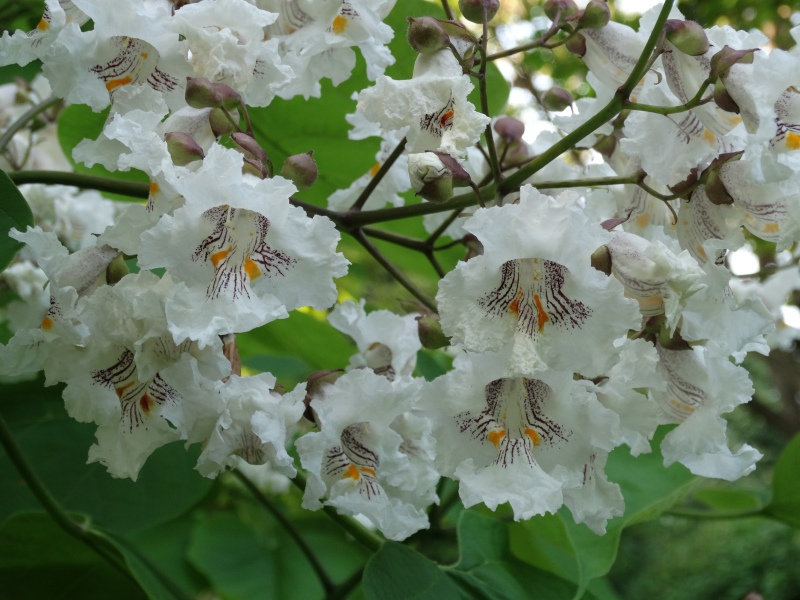 Catalpa (Catalpa bigoniodes) near the lagoon at Westmount Park.

Commonly know as the “Indian Bean Tree” – Native Americans used the seeds as a decoration.

“The name derives from the Catawba Native American name catawba for these trees (the tribal totem), with the spelling catalpa being due to a transcription error on the part of the describing botanist (Scopoli) making the first formal scientific description of the genus.”

“The tree is the sole source of food for the catalpa sphinx moth (Ceratomia catalpae), the leaves being eaten by the caterpillars.”

This article appeared in the Westmount Independent, September 16th. 2014

I am sure we all seen this rangy tree by the gazebo and, like myself, never given it a second thought.

For the record, its girth measures 3.5 meter and its neighbour is 2.7 meters.  That makes the former well over 300 years old, and the latter (a youngster) at about 230 years!  One can just imagine what a different place this was when the trees where saplings.

This tree, now old and diseased, is a Lime (Tilia) commonly known, in North America, as Basswood.

This species dates back to antiquity and was sacred to the Celts.  Venus, the goddess of love, is mentioned in the tree’s heart-shaped leaves.

These trees, like sentinels offering shade, form a row on either side of the footpath between the gazebo and the lagoon

If the trees were pollarded (removing the upper branches) they would offer a scent that has been described by one author as “for the first time that embraces me every day with the true, the peerless lime-flower scent, making me skip and pirouette unmindful of my rickety knee.”

Not surprisingly, these trees are measured in centuries.  For example, a Lime in Westonbirt Arboretum in Gloucestershire is estimated to be 2,000 year old, another in Naters, Switzerland, still extant, was first mentioned 1357.

Greek mythology tells the story of Zeus and Hermes visiting the land of the mortals and finding that the only house that would offer them shelter belonged to Philemon and Baucis.  To reward them for their hospitality the gods granted their wish:  to be together after death. When the time came Zeus, true to his word, turned Philemon into an Oak and Baucis into a Lime tree to stay together for eternity.

Perhaps that is the reason that there are many Oak trees are planted adjacent the parks’ Limes!