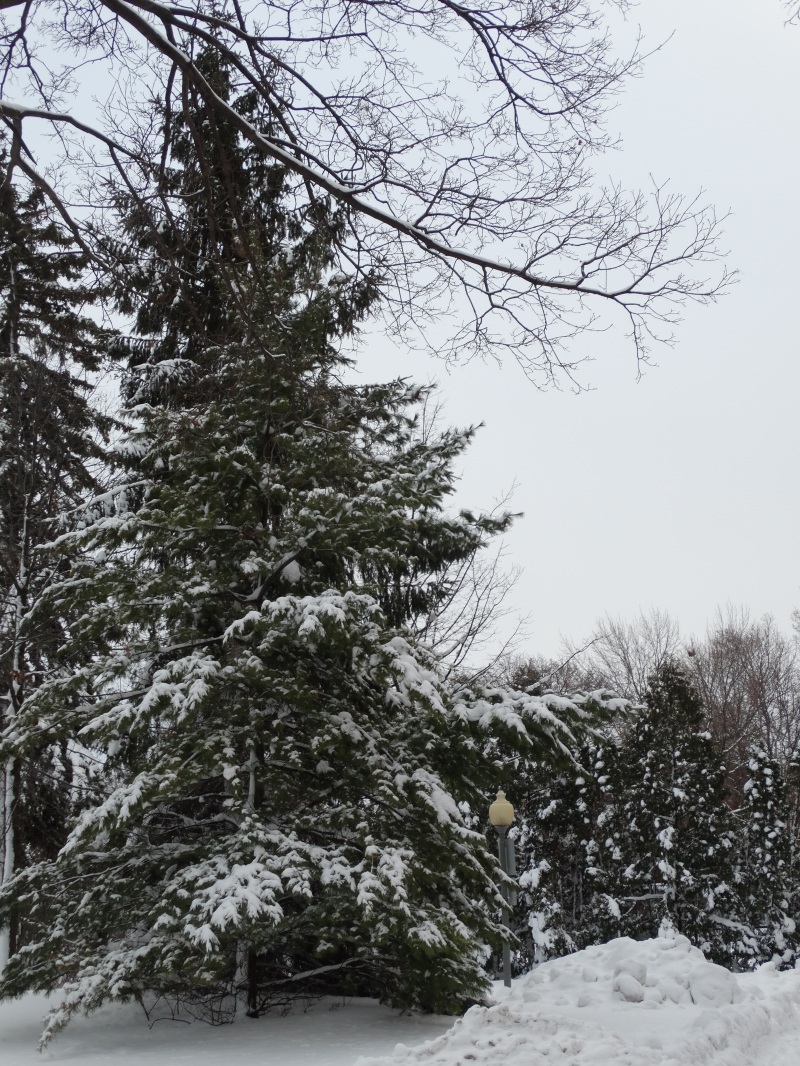 A version of this article appeared in the Westmount Independent, March 10, 2015

While taking pictures in Westmount Park, I have been asked on several occasions if I am the person that “writes about trees” and how this interest developed.

This started as a young Biology student working as part of a research project, sponsored by the Canadian Forest Service, investigating the devastating effect the white pine weevil had on this species.  Weevil damage was causing the abandonment of pine reforestation efforts and had a huge economic impact on lumber production.

It wasn’t until many years later, that I became the aware of the historical and spiritual significance of these trees.  Did you know that the white pine was the catalyst for the American Revolution as well as the basis of Constitution of the United States of America? (Space constraints prevents a discussion of the latter).

To begin, the white pine (Pinus strobus) is easy to recognize:  it is the only conifer with needles in bundles of five and possess remarkable crowns that reach well past any surrounding trees.

In Westmount Park, there is a beautiful white pine east of the clay tennis courts, with a girth of only sixty-eight centimeters, it towers, like a ship’s mast, over the children’s library.

In fact, that is exactly what the English explorer George Weymouth envisaged, in the 1600s, when he saw large forests of white pines along the coast line of New England.  (In England they are still known as Weymouth pines). The trees were over sixty meters in height, their trunks contained no knots and they would bend, rather than splinter, in high winds.  To that end, they would make ideal masts for the Royal Navy.  Upon this discovery, the British Crown laid claim to all white pines wider than sixty centimeters and within sixteen kilometers of a navigable waterway.  These were marked, on their trunk, by the “King’s Broad Arrow”:  three hatchet marks – a vertical line with an inverted “V”.  (This is the origin of today’s roads named King’s Wood and King’s Pines).  These trees provided the Royal Navy with masts for the next 125 years.

Needless to say, the colonists were outraged by the British Broad Arrow Policy denying them the use of these trees.  The policy was largely ignored by the colonists and not fully enforced by the governors of New England.  This initial challenge to royal authority, known as the “Pine Tree Riot”, in the 1700s, laid the framework for the “Boston Tea Party” and eventually the American Revolution.  The white pine’s importance in the American revolutionary cause was symbolized in its inclusion on a number of flags (named Pine Tree Flags) used in New England in the 17th and 18th centuries.

Next time you are near the children’s library, take a moment to appreciate how this tree, with a small girth, can support such a great height.  In fact, the species has been described as “inhabiting two worlds” – “earthly life and the realm of the divine”.

Finally, with Quebec and Maine sharing a common border, one can only speculate, that the park’s tree might be a distant descendant of an extant ancient white pine, located deep in the New England woods,  that still bears the King’s Broad Arrow markings. 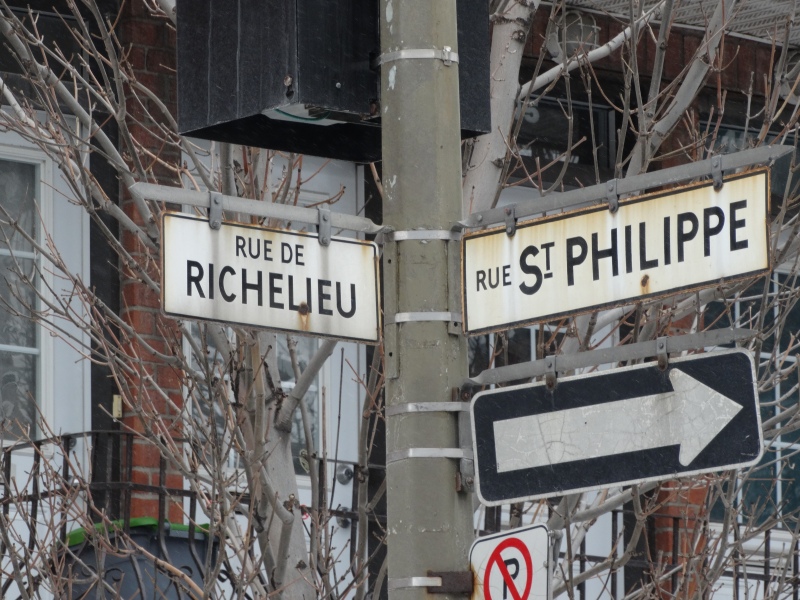 I never realized the Westmount has an “industrial side”.  It is located on Richelieu Street – below the highway and not that easy to find!

Sunday, camera in hand, the dog and I went for a walk along this part of “lower Westmount” – this is our picture gallery: 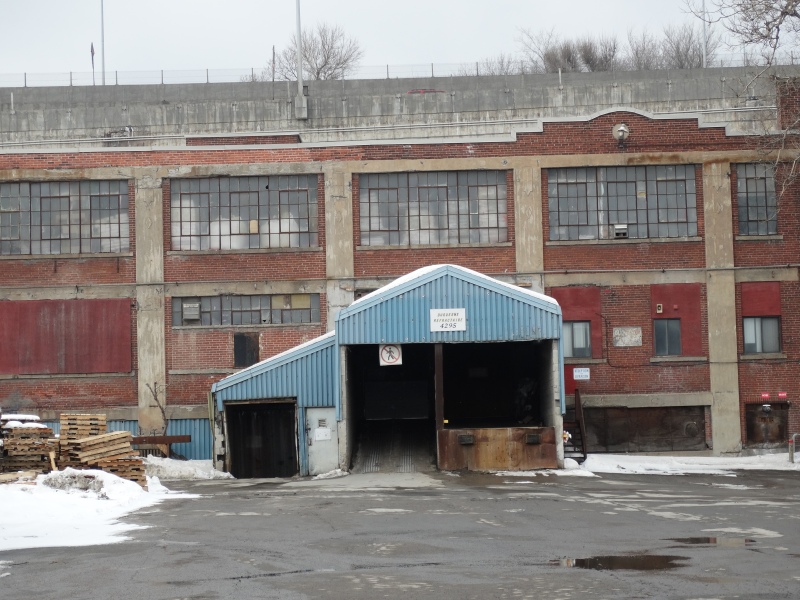