The rain (finally) stopped before an evening walk.  Melville Avenue has an interesting array of grey-stone triplexes built in the late 1800s. 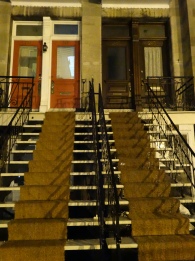 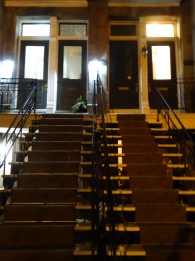 An early morning fog, coupled with reflections in the evening during our various Saturday dog walks. 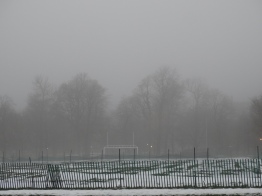 A hazy evening in Westmount Park during our evening dog walk.

Our dog enjoys the snow and cold temperatures.  However, like all dogs, his favourite place is a warm home while curled up with his favourite blanket.

Our evening walk through Westmount Park during a snowy Thursday evening.

The frozen lagoon traces the path of the former Glen Stream that used to flow from “Westmount Mountain”.

The stream’s path was north to south – the same direction as most (former) waterways that flowed through the island of Montreal.  (Today they still flow in a series of underground in conduits).

During the usage of the French seigneurial system (established in the 1600s) farm land (“rangs”) was distributed  to farmers on a north-south basis allowing each to have access to a source of water.

That is why most of Montreal’s residential streets run north to south and those that are commercial in nature run east to west – a living reminder of our former agricultural heritage. 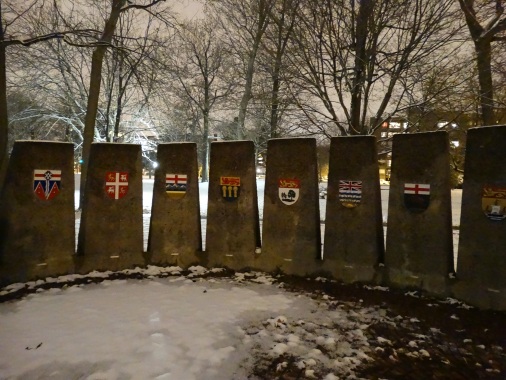 Melville Avenue – no relation to the Moby Dick author – on a blustery cold Wednesday evening.

The street’s original name was Elgin; named after James Bruce Elgin, 8th Earl and Governor General of Canada from  1847-54.  The street’s name was changed when the Melville Presbyterian Church  was erected adjacent  a former bread factory.

Today, it is a place of worship for the Serbian Orthodox Church. 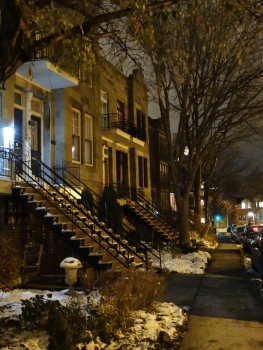 The first snow of the season.  Its reflection illuminated the park during the evening.

This was coupled with the sounds of people scraping ice off their cars parked on nearby streets. This is our first winter (in decades) without a car – and I don’t miss owning one! 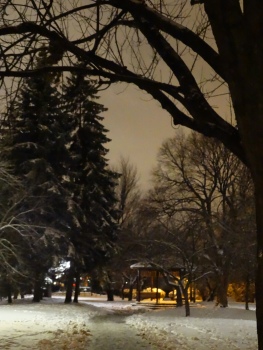 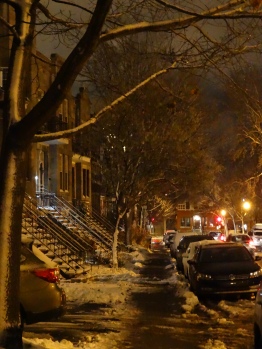 Another (dark) early evening walk – with a brief stop at the park’s recreation centre. 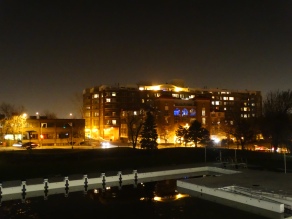 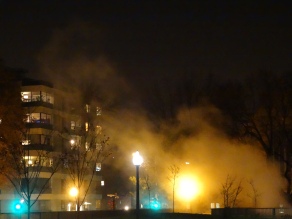 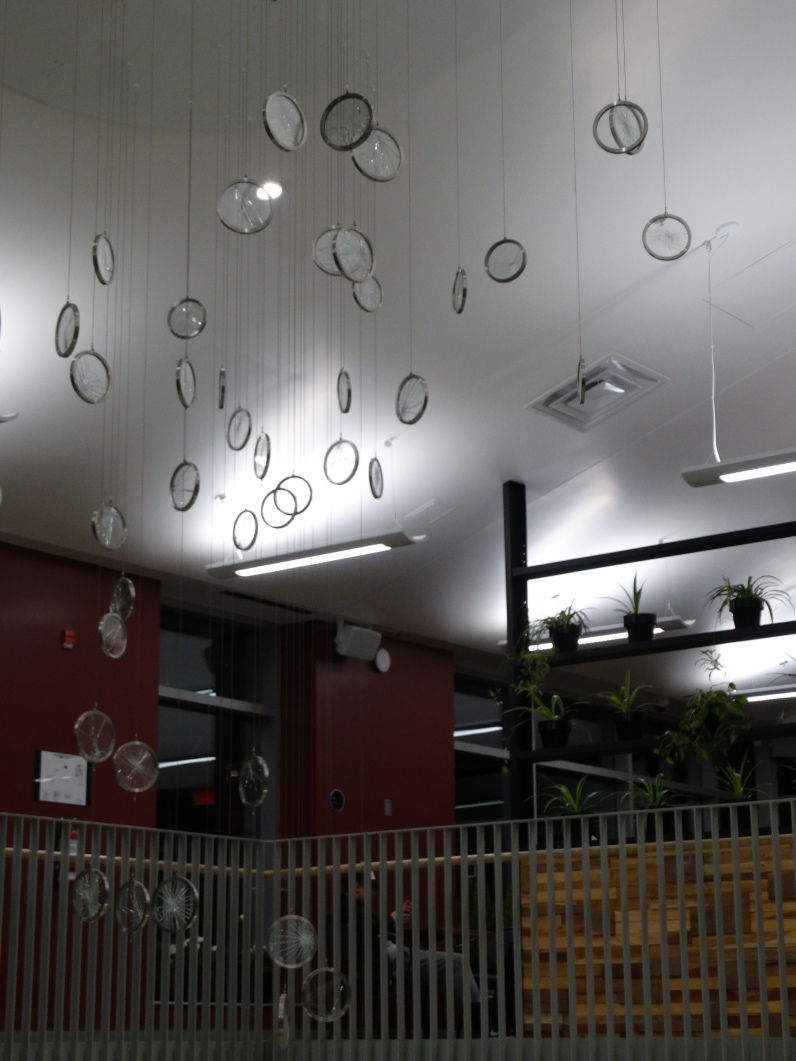 Walking through Westmount Park and some of the City’s numerous lanes; opened in the 1800s, to allow home delivery of coal and ice. 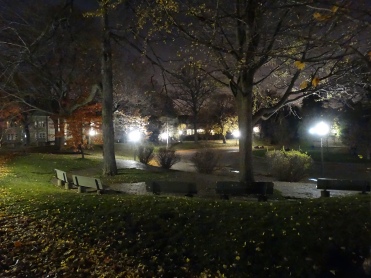 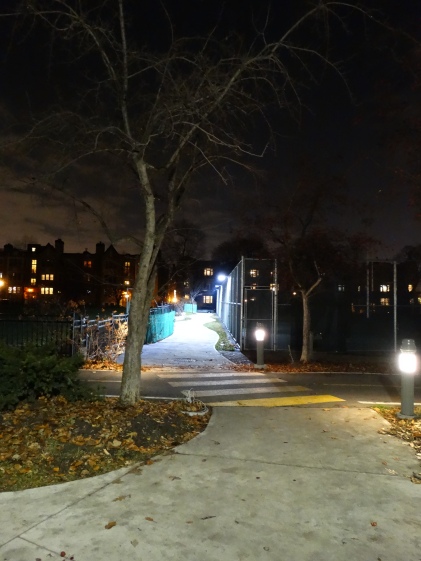 The “super moon” viewed from Westmount.  It was a bit of challenge to find it this evening.  We had to walk adjacent to a high fence that separates Hillside Avenue from AutoRoute 720.  It was a clear night, and after walking through knee-high piles of fallen leaves, we “discovered” the moon accompanied with the noise of  speeding traffic.

Walking back from the park`s public library – spending time amongst their books is our favourite weekend pastime. 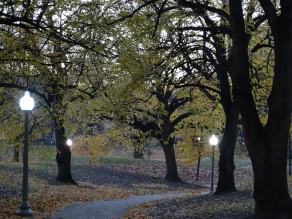