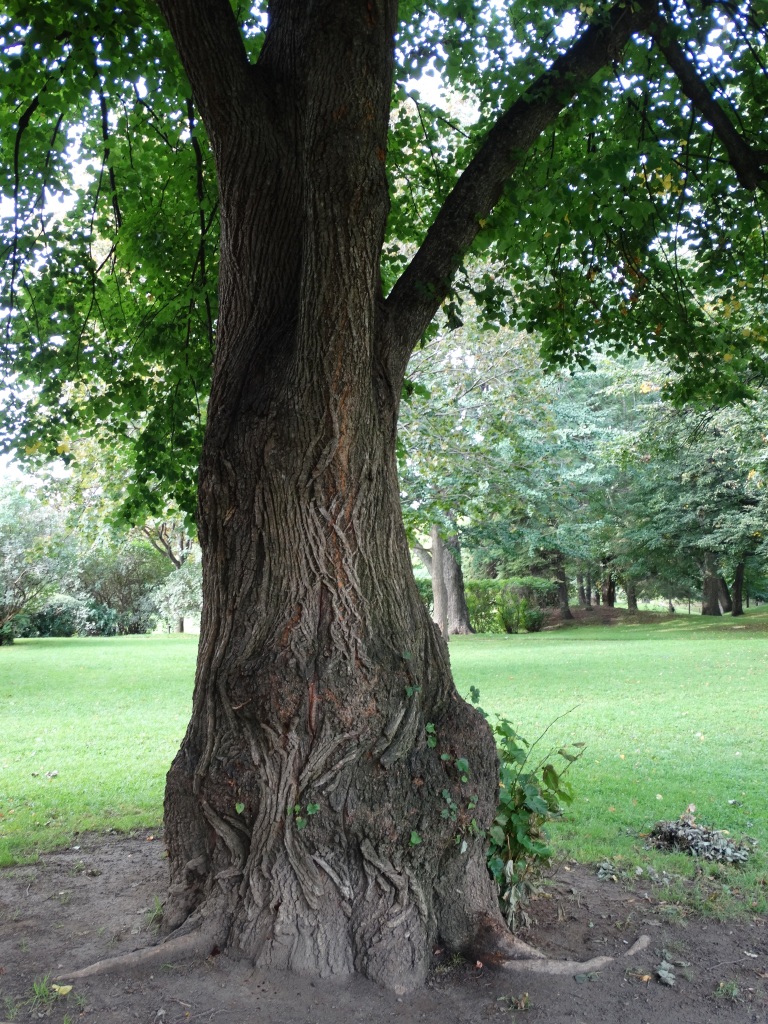 A version of this article appeared in the Westmount Independent.

I am sure we all seen this rangy tree by the gazebo and, like myself, never given it a second thought.

For the record, its girth measures 3.5 meter and its neighbour is 2.7 meters.  That makes the former well over 300 years old, and the latter (a youngster) at about 230 years!  One can just imagine what a different place this was when the trees where saplings.

This tree, now old and diseased, is a Lime (Tilia) commonly known, in North America, as Basswood.

This species dates back to antiquity and was sacred to the Celts.  Venus, the goddess of love, is mentioned in the tree’s heart-shaped leaves.

These trees, like sentinels offering shade, form a row on either side of the footpath between the gazebo and the lagoon

If the trees were pollarded (removing the upper branches) they would offer a scent that has been described by one author as “for the first time that embraces me every day with the true, the peerless lime-flower scent, making me skip and pirouette unmindful of my rickety knee.”

Not surprisingly, these trees are measured in centuries.  For example, a Lime in Westonbirt Arboretum in Gloucestershire is estimated to be 2,000 year old, another in Naters, Switzerland, still extant, was first mentioned 1357.

Greek mythology tells the story of Zeus and Hermes visiting the land of the mortals and finding that the only house that would offer them shelter belonged to Philemon and Baucis.  To reward them for their hospitality the gods granted their wish:  to be together after death. When the time came Zeus, true to his word, turned Philemon into an Oak and Baucis into a Lime tree to stay together for eternity.

Perhaps that is the reason that there are many Oak trees are planted adjacent the parks’ Limes!