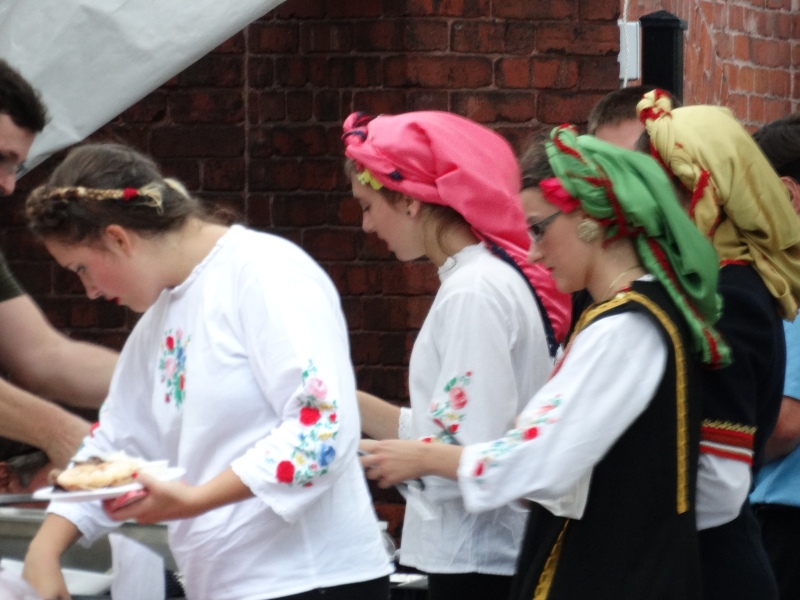 A festival at the church with several people wearing traditional Serbian costumes.

Skirts were very varied, of plaited or gathered and embroidered linen, with tkanice serving as a belt.

An important part of the costume were aprons (pregace) decorated with floral motifs. Shirts were in the shape of tunics, richly decorated with silver thread and cords was worn over the shirt.

In some areas it was replaced by an upper sleeveless dress of red or blue cloth, knee-long, richly decorated and buttoned in front (zubun).

Scarves and caps bordered with cords were worn as headdress.

Girls also wore collars, or a string of gold coins around their throats, earrings, bracelets, and their caps were decorated with metal coins or flowers.”