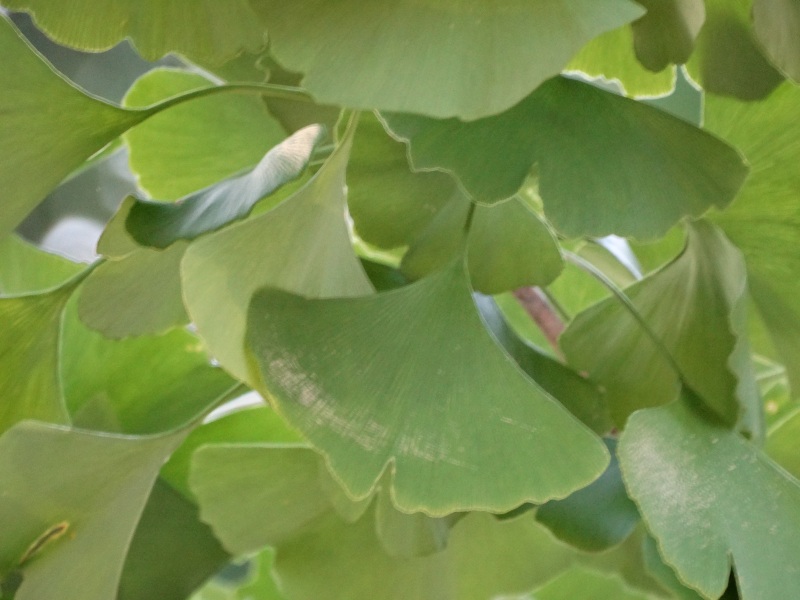 A version of this article appeared in the Westmount Independent, October 14th. 2014

There are two genera of trees that most people can readily recognize: the Acers (maples) and the Ginkgoales (ginkgos).

The former have simple leaves, with multiple lobes and veins that radiate from the leaf’s center. The latter have distinctive fan-shaped leaves.

Maples comprise over 120 species, ginkgos; however, are unique in that they have no other living relatives.

There are several ginkgos growing in Westmount Park – near the central garden and directly west of the gazebo.

Next time you encounter these trees, pause and reflect that what you are seeing is a species that has attained “evolutionary immortality”.

The botanist Peter Crane writes that the gingko is unique in that “there is no other living tree with a prehistory so intertwined with that of our planet.” In fact, these are trees that time forgot!

This is a tree that has remained unchanged, for hundreds of millions of years, predating the dinosaurs, and has a direct reproductive link to the Cycads – an ancient group of plants (that existed before flowering plants) that thrived in the Permian Period that lasted 299 to 251 million years ago.

Gingkgos were flourishing before the Atlantic Ocean was formed by the division, and drifting apart, of Pangaea which eventually formed our current continents.

The great ice ages that led to human evolution pushed the species to near extinction and except in a few remote areas in southern China.

Interestingly, their sharing of the planet with humans saved the species: the gingko became an integral part of Buddhism, Confucianism and Daoism.

The tree is also known as the “bearer of hope”.

In August 6 1945, six gingko trees survived the atomic blast at Hiroshima; they were located 1.1 kilometers from the blast’s epicenter. They are still growing to this day.

As historian Jill Jonnes writes: ”Indeed, should the human race succeed in wiping itself out over the course of the next few centuries, we can take comfort in the knowledge that the ginkgo tree will survive.”

This entry was posted in Uncategorized and tagged Quebec, Westmount, Westmount Park. Bookmark the permalink.