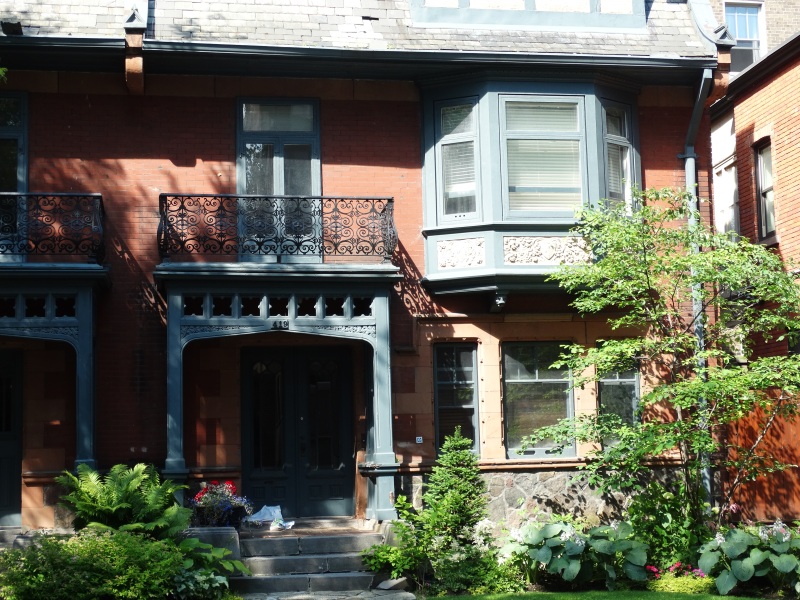 “Robert Findlay was born in Inverness, Scotland in 1859. He began his architectural training at the age of 17, working in the office of the Inverness architect John Rhind for five years. Later Findlay worked at the office of John Burnet (1813-1901) in Glasgow.

Upon his emigration to Montreal in 1885 Findlay found employment with Alexander Francis Dunlop (1842-1923) who at that time was working on the design of the St. James Methodist Church.

Findlay also worked for the architectural firm of the Wright brothers. In 1887 Findlay gained prominence by winning a competition for the design of the Sun Life Assurance Co. head office building on Notre Dame Street. This competition established his career and enabled him to develop an extensive practice, largely based on residential projects for affluent Montreal merchants and industrialists.

Among his public commissions the most noteworthy include his design for the Westmount Public Library which Findlay designed in 1898.

Other public buildings include the Montreal Maternity Hospital, Victoria Hall in Westmount and the Westmount City Hall.

Prominent residential projects include the Mortimer B. Davis House (now Purvis Hall of McGill University) and the Hallward House (now McGill’s Martlet House), as well as many houses in Westmount.

In 1913 Findlay’s son, Francis Robert (1888-1977) joined his father’s firm as a partner. The two Findlays practised architecture together until the elder Findlay’s retirement in 1941.

In 1938 Robert Findlay became the first recipient of the gold medal of merit from the Quebec Association of Architects, for outstanding contribution to architecture.”